Subspecies and range of Delias hallstromi : 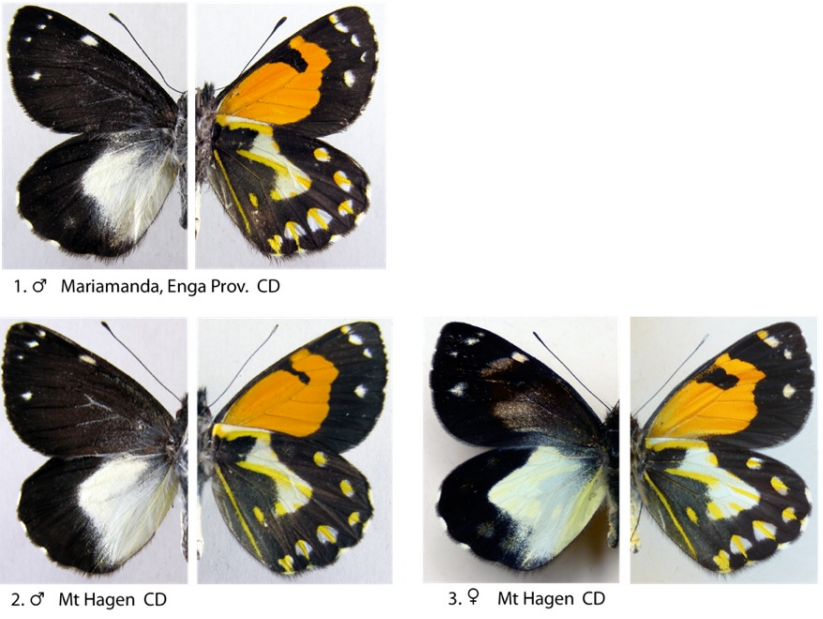 Rather similar, but larger than Delias eichhorni, into whose range this species overlaps. Easiest to distinguish by the increased amount of black on both the upper and undersides of the hind wing, and also the brighter colouring of the orange areas.

Females are very rare in collection.