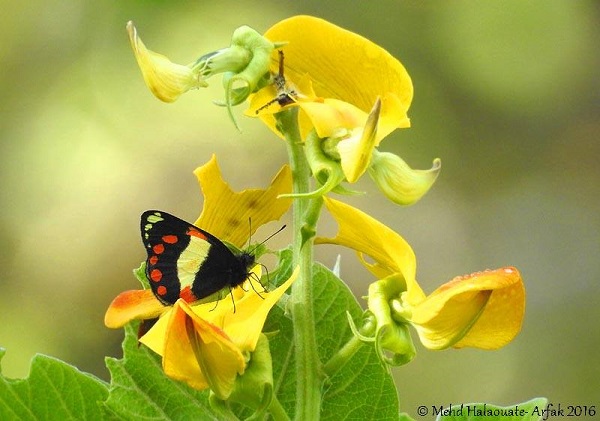 Subspecies and range of Delias anjae :

This species was originally placed as a subspecies of Delias sagessa, and has only recently been given full specific status. I have not seen the reasoning behind this and as such, can not comment, other than to say that I have one or two doubts.

However, the remoteness of this species from sagessa and sinak is quite remarkable. If any transitional specimens are found in the future in, say, the Weyland Mountains may lead to further revision.