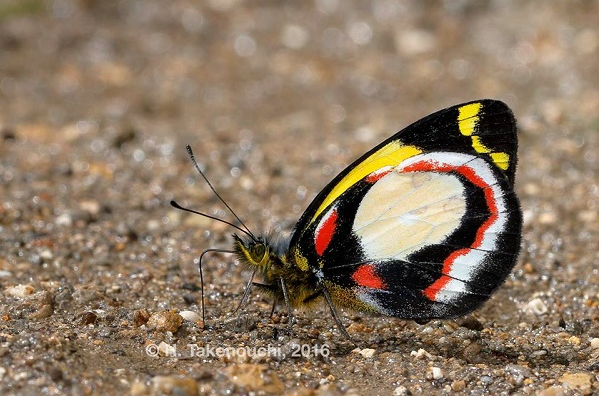 Subspecies and range of Delias leucias :

This species was originally placed by Talbot in his Monograph of the Pierine Genus Delias as two subspecies of Delias weiskei. However, it differs through the upperside black markings being considerably better defined, and also the white discal line on the underside hindwing continues for the entire length of the wing.

There seems to be a cline from West to East in the Central Mounts of New Guinea with progressive evolution.

The form rubropalvata is a rare form with impressive red pigments on underside fore wing (rare in collection).