Forms and range of Delias stresemanni : 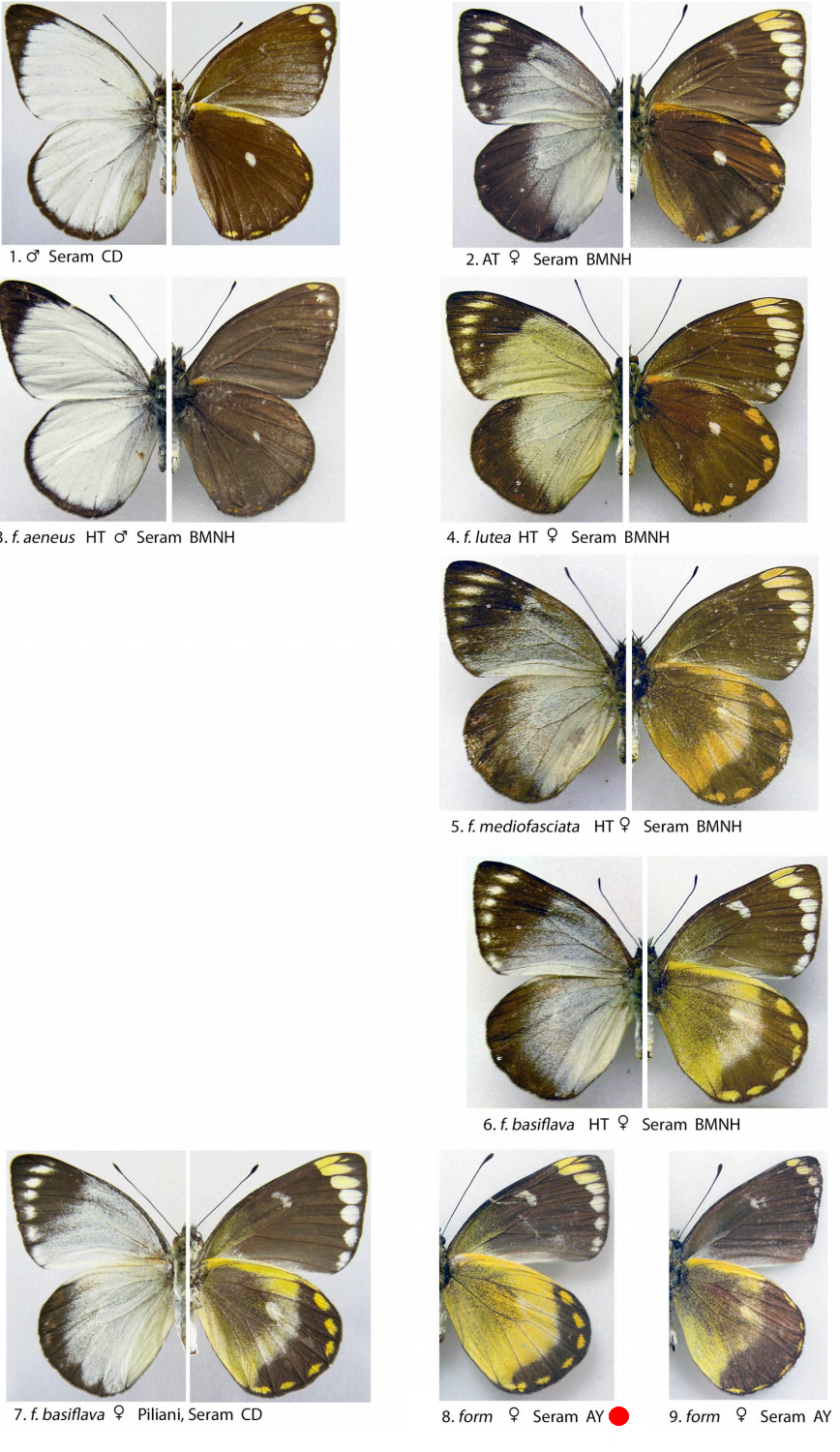 The female of this species is extremely variable with five named forms. Apart from the typical form described below, females can have a complete absence of any band on the underside hind wing (f. oenus), a broad yellow or yellowish-white discal band from costa to inner margin (f. mediofasciata), upperside buff-yellow instead of grey (f. lutea) and with the hind wing below with the proximal area to beyond the cell yellow or yellowish-white, some admixture of dark scaling in the basal area (f. basiflava).

There is another undescribed form with the underside of HW very yellow (see figure 8 above). This yellow form is wonderful and very rare in collection.

2 other examples of the rare yellow form of Delias stresemanni female. (coll. OP)