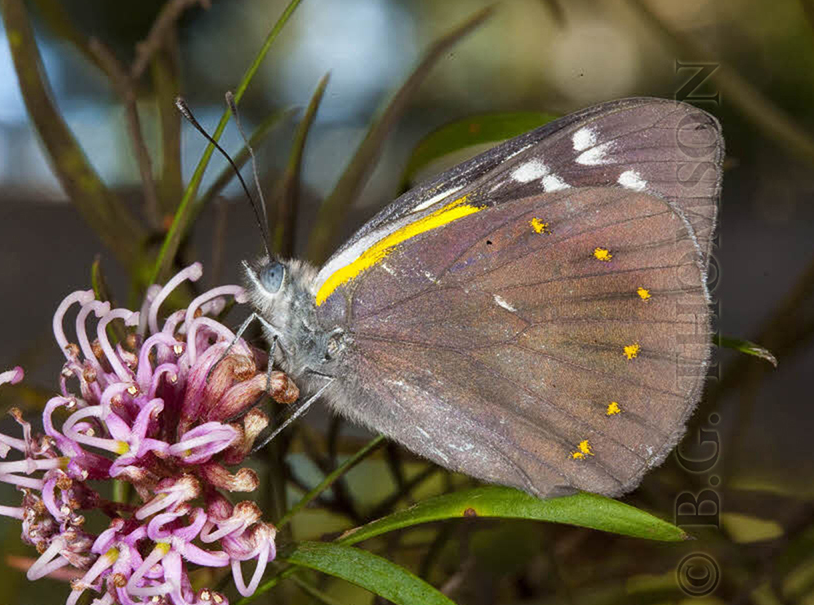 Subspecies and range of Delias nysa : 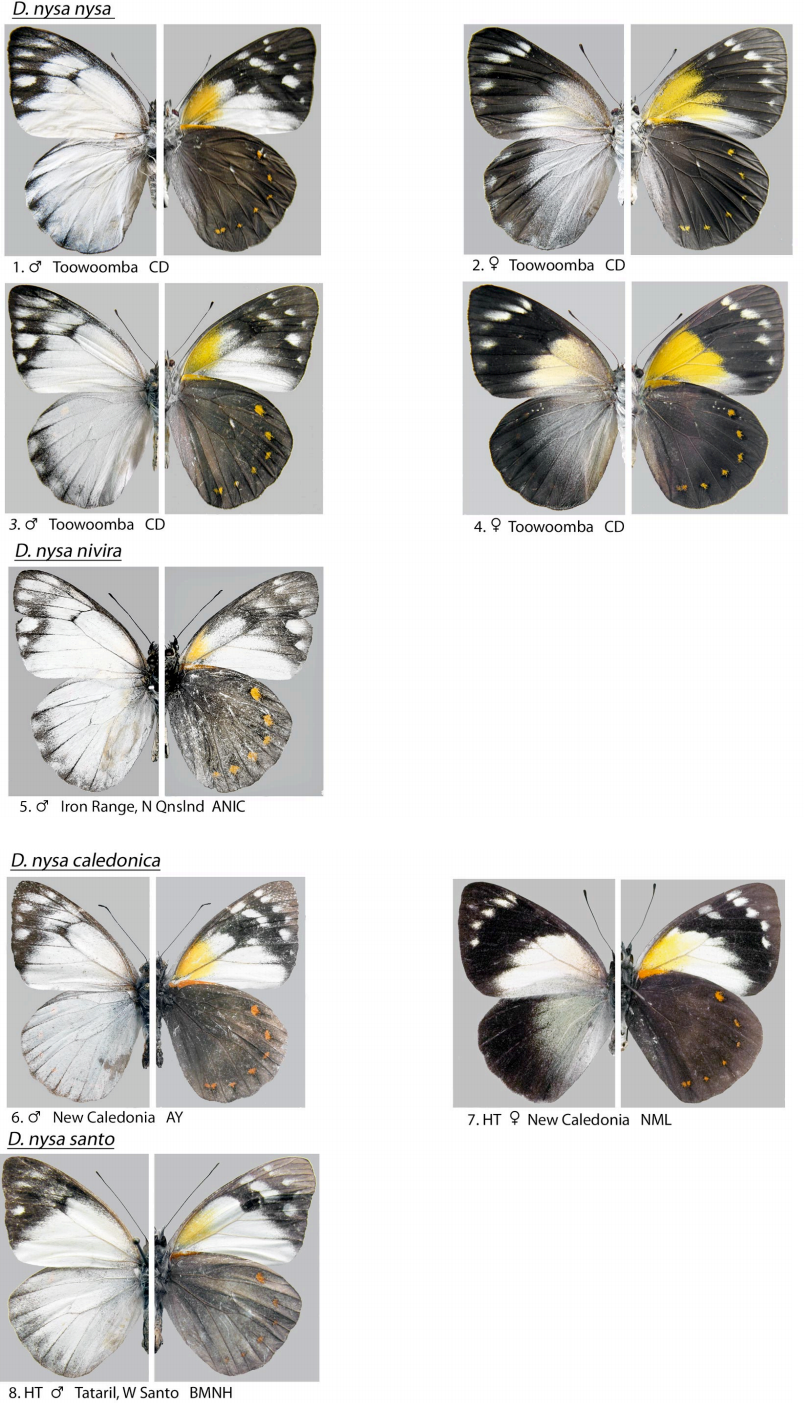 This species is very similar to D. fruhstorferi on the upperside, but can be distinguished by its larger size, and that the underside of the fore wing has a very conspicuous orange basal patch.
Ssp. caledonica and santo are extremely rare in collection.

Male: Upperside greyish-white. Fore wing with a black distal area which extends into the lower angle of the cell and cuts off a postcellular white bar of two large spots in 4 and 5 and sometimes a third one in 8. Edge of distal area oblique from vein 4 to below vein 2. Submarginal white spots larger than in the allied species, the one in 3 somewhat square and larger than the others, the ones in 2 and 4 smaller than the others. Hind wing with a black-dusted marginal border bearing indistinct submarginal spots in 3-5, and sometimes a small one in 2 and 1c; the spot in 3 is larger than the others; there are slight prolongations from the dark border between the veins, more noticeable in 2 and 3.

Underside deep brown. Fore wing with a large orange patch in the base of cell, beyond which is a white stripe not reaching end of cell. Area below vein 2 white, reaching the outer margin at the submedian; a suffused white stripe in basal half of cellule 2, and slight white scaling in base of 3. three small white postcellular spots, a larger submarginal spot in 3, and white submarginal point in 2, nearer the margin. Hind wing with basal half of costa orange, and six small orange submarginal spots placed well away from the margin. A small white spot on the middle discocellular.

Female: Upperside resembling D. momea. White proximal area only just entering the base of cellule 3, more indented on the submedian and vein 2 than in momea, and its edge less well-defined. Submarginal spots larger than in the allied species, the ones in 2 and 4 smaller than the others, or the one in 4 as large as the anterior spot. Slight black basal dusting. Hind wing darker grey than in momea, and the edge of the broad black marginal border less sharply defined and only defined as far as vein 3. Submarginal spots larger than in momea and placed nearer the margin, sometimes extended to the margin.