Subspecies and range of Delias momea : 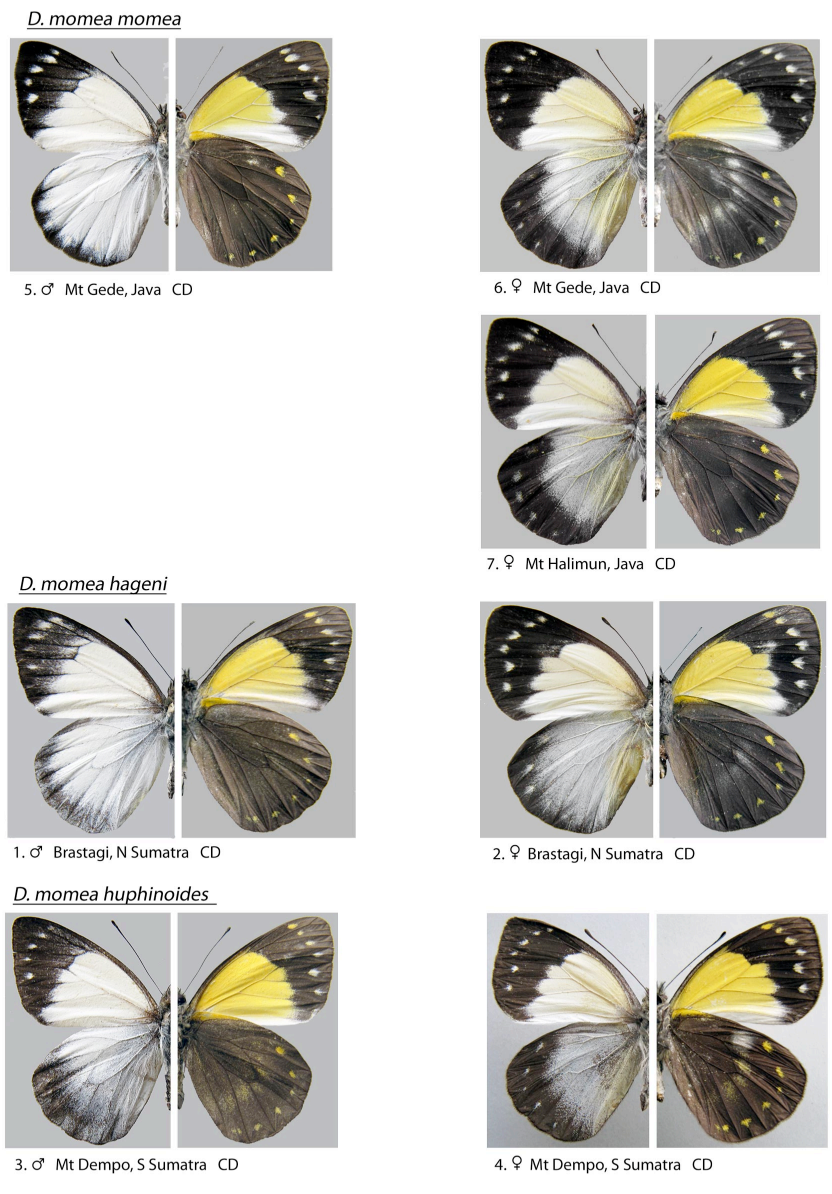 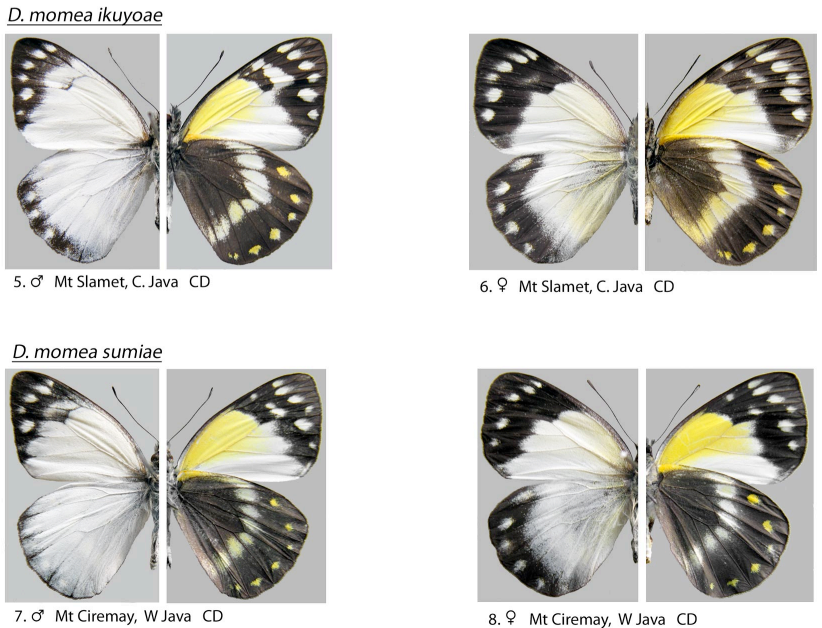 This species closely resembles on the upperside the male Huphina nadina fawcetti Butler, and the two species can often be found flying together.

Description : Male: Fore wing with black distal area usually reaching the end of the cell and narrowing to the submedian. A subapical row of five small white spots, of which the one in 3 is smaller and nearer the margin than the others. Costal margin to the cell, black to the base. Costa only slightly dusted with black, and in the possession of  3 small white post-cellular spots in 4,5 & 8. Hind wing with a black-dusted marginal border which is not well-defined and is usually less than 5mm. broad, with white submarginal spots at least in cellules 3-5.

Underside of fore wing with lemon-yellow proximal half edged with white and posterior area reaching vein 2 distally. Distal half fuscous-brown with spots as above, the two anterior ones yellow and sometimes a small spot in 2 near the margin. Hind wing fuscous-brown, yellow at base of costa. A row of six rather small yellow submarginal spots. Some indistinct yellow postdiscal dusting between the submedian and vein 5 and a complete row of postdiscal white spots which are sometimes only faintly indicated.