Subspecies and range of Delias lemoulti : 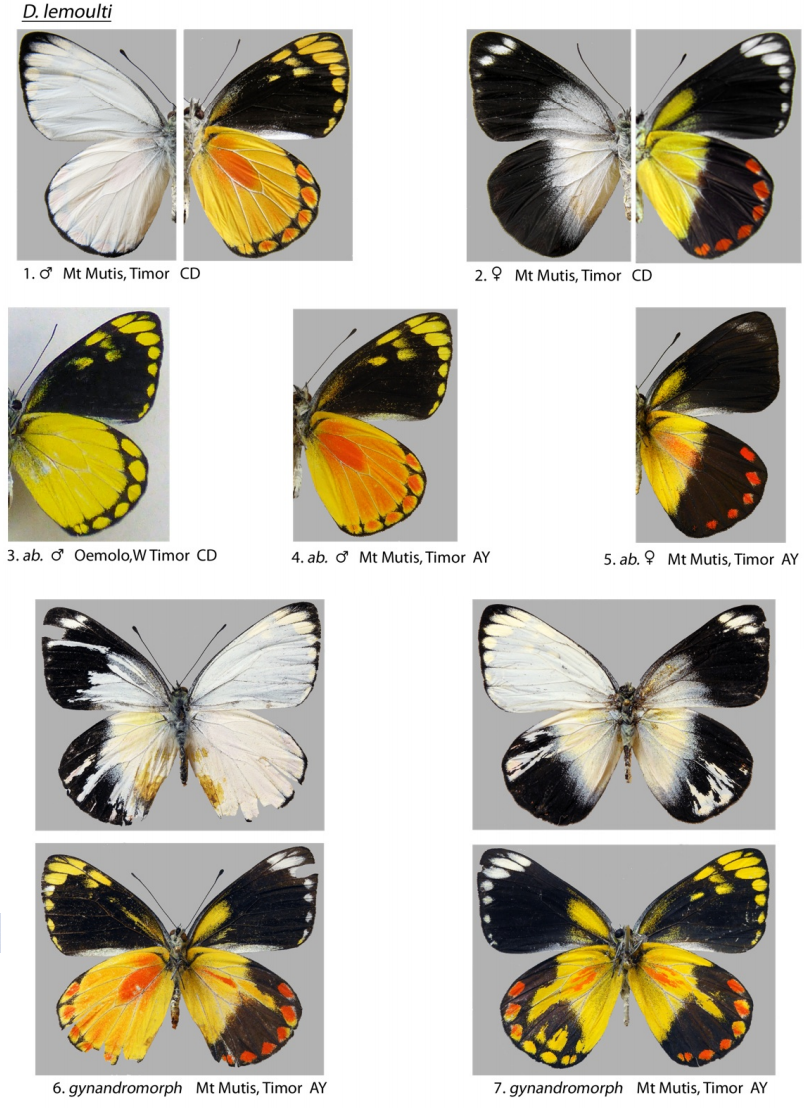 A rare species, the female particularly so.

The species was named after Eugène Le Moult, a well-known French entomologist of the early part of the 20th. century, from whose collection, the nomotype was purchased by the British Museum. At his request the new species was named after him. However, the species was actually discovered by a Mrs. Walsh, who lived in Java, and sent her collections from Timor to Mr. le Moult. Talbot, in his Monograph regrets that the species which he himself named, was not named after the discoverer. Fortunately, we do now have a species named Delias walshae which can be found in the Clathrata group.
The species enters into a mimetic relationship with Cepora laeta, which also has a mimetic association with Delias splendida.

The female has long been unknown until Bernard Turlin described it. He was the first who found the difference with D.timorensis females.