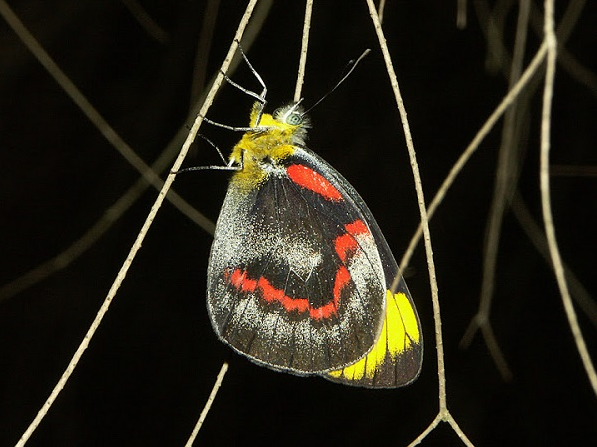 Subspecies and range of Delias nigrina :

. nigrina - Eastern seaboard of Australia from south of Sydney to Cape York

A well known Australian species, represented in most collections. It is similar in pattern to D. harpalyce but is considerably smaller. The life history is known, and like most Delias feeds on Mistletoe species.

Quite a few species of Delias have yellow aberrations, where any red markings are replaced by yellow. These aberrations are rare.  That shown below is from The Royal Albert Memorial Museum, Exeter, Devon, England (picture by Les Day)