Subspecies and range of Delias mayrhoferi : 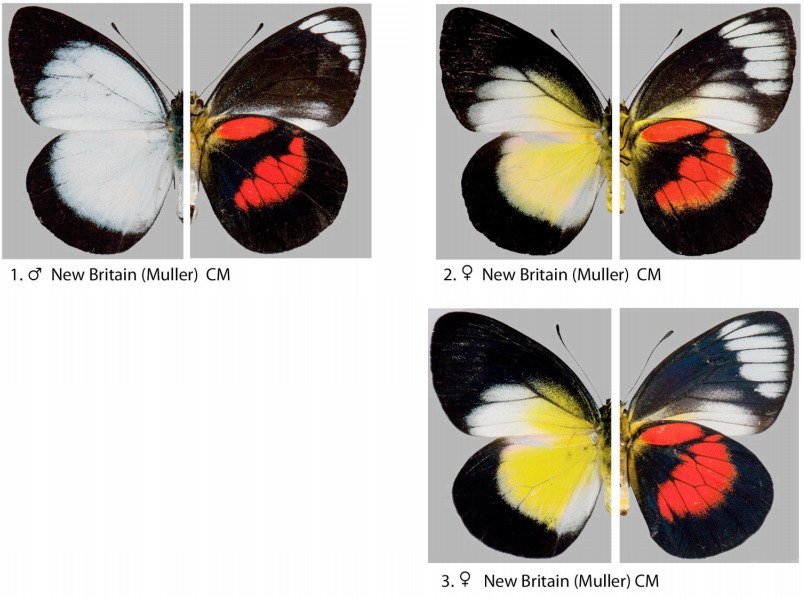 An unusual species which appears to be similar to D. aruna of Group 19, but was placed here as part of Group 13, linked to D. eximia by Morita based on morphological features ( forewing upperside white with black margin, forewing underside black with white subapical band, hindwing underside with red sub-basal spot and red discal markings). As more specimens are found, it is to be hoped that a study of genitalia will be made to help establish the true position of this species.

It is extremely rare in collection !

If you need a specimen of Delias mayrhoferi, please contact me : opequin@ymail.com

The story of this species is fascinating ! In 1996, Morita described it as Delias shunichii and it has long been the official name of this species. In 2009, a German team of researchers proved that this species was described 60 years before by Bang-Haas ! But it was in 1939 and a German researcher, so the world has forgotten this discovery for nearly 60 years ! See this interesting article : "Haüser C.L., Steiner A., Bartsch D., Holstein J., 2009 : On the identity of an enigmatic Delias from New Britain, Papua New Guinea : Delias mayrhoferi Bang-Haas 1939 and Delias shunichii Morita 1996 syn. n."