Subspecies and range of Delias alberti : 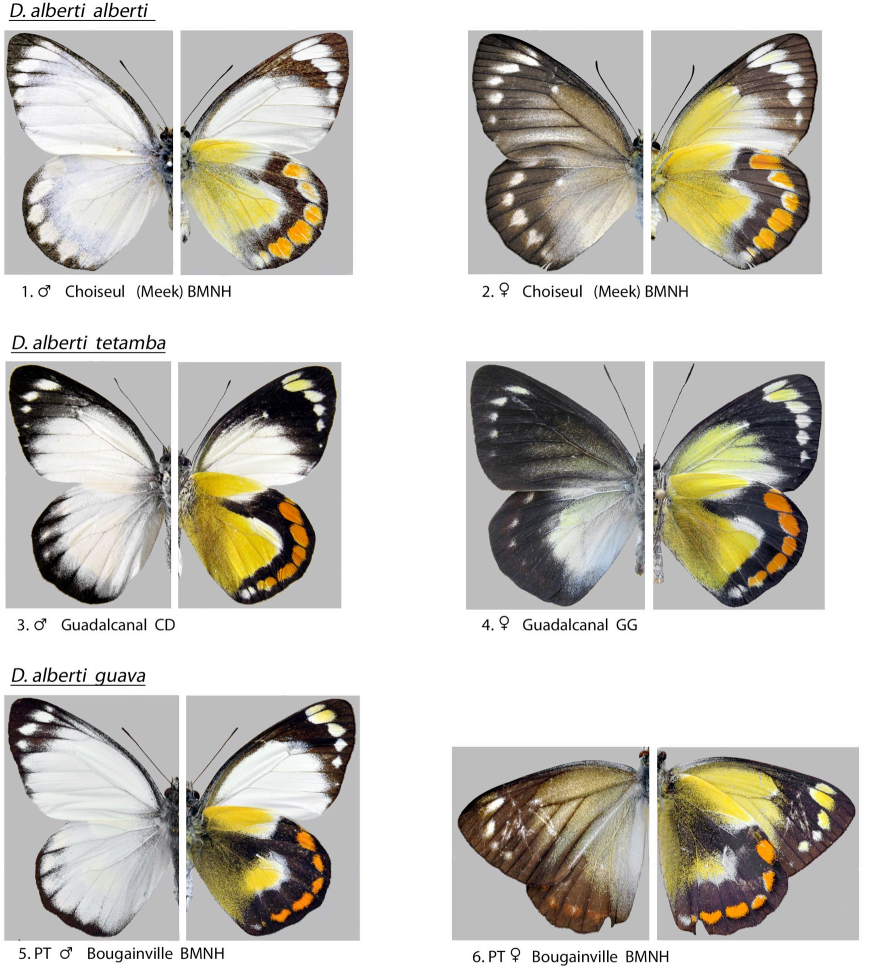 Distinguished by the underside of the hind wing bearing a submarginal row of orange spots in a black border, the rest of the wing being yellow.
Talbot in his Monograph of 1937 queries why no allied forms were from the neighbouring islands to Choiseul island. The discovery of the subspecies Delias alberti guava and Delias alberti tetamba have answered this point. However, it is still strange that related species have not as yet been found on the Bismarck islands.

If you need some Delias alberti specimens, please send me an email : opequin@ymail.com