Subspecies and range of Delias vietnamensis : 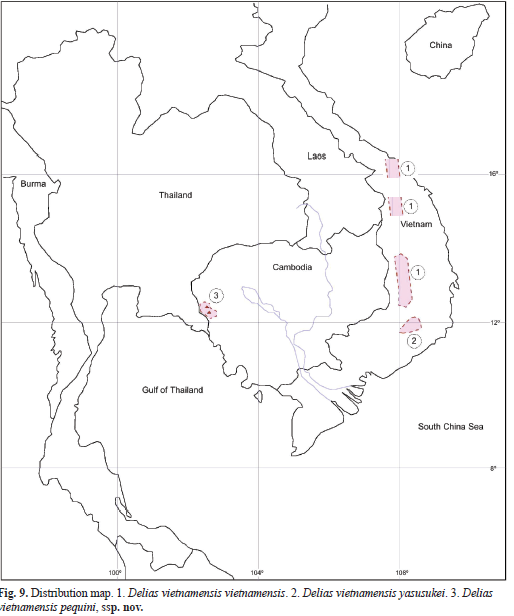 This recently discovered species has considerably extended the known range of the georgina group. It leads one to speculate that other species/subspecies are still to be found on the Asian mainland. The original description was published in Atalanta, 31 (3/4): 471-492, Col. pls:XVIII-XXIa.