Subspecies and range of Delias shirozui : 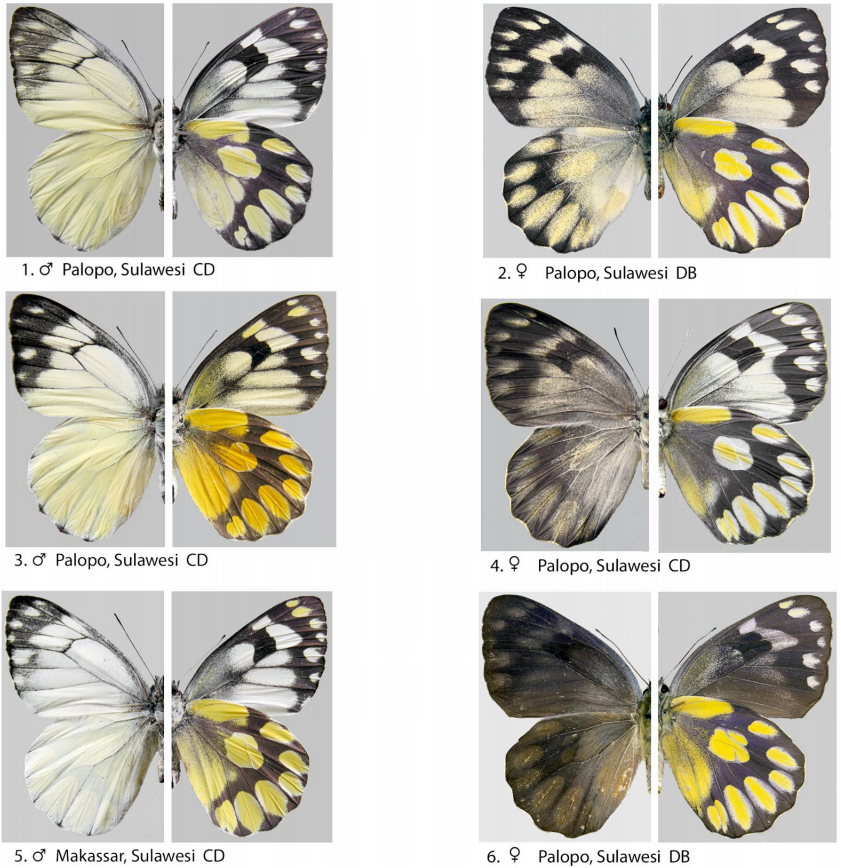 A nice species confined to the area around Mt. Palopo in central Sulawesi.

The forewing of the male is predominantly pale cream, lighter than in D.battana, whilst the underside of the forewing is very strongly marked in bright yellow.

The upperside of the female is extremely variable, ranging from predominantly white with strong apical markings to totally black. The one shown above is an intermediate form.