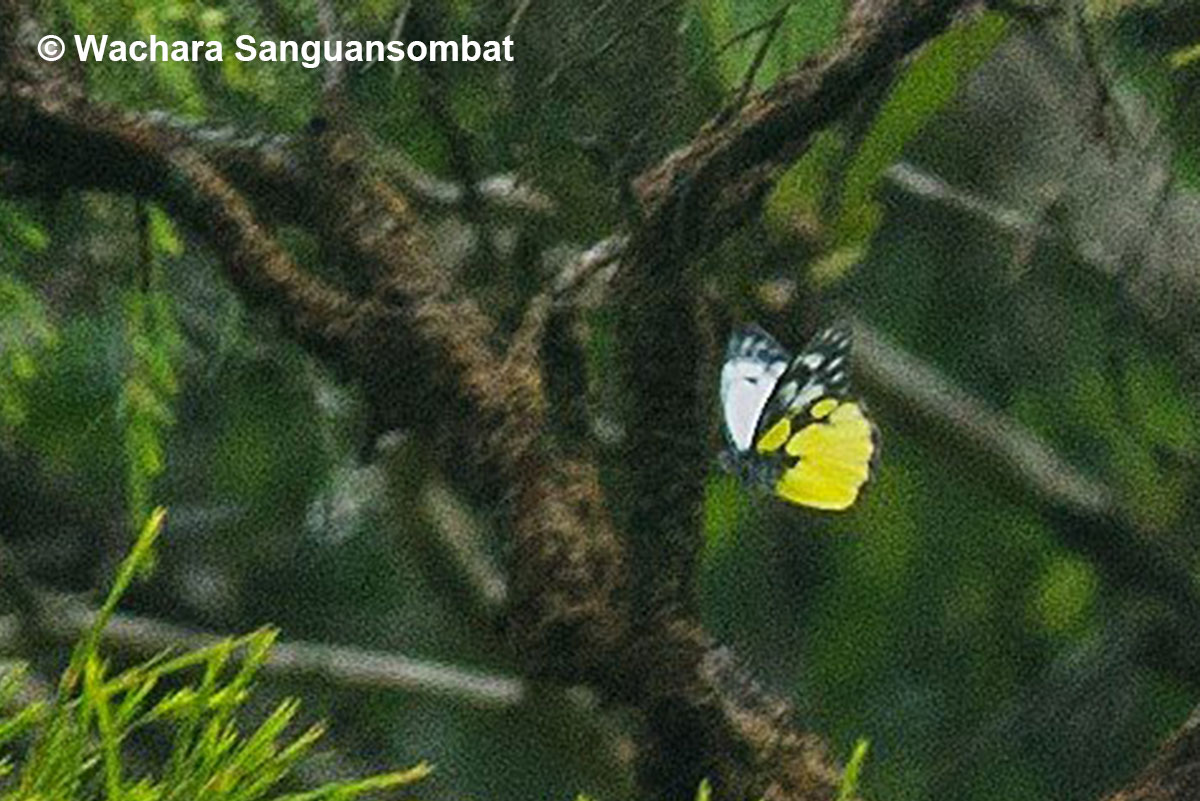 Subspecies and range of Delias orphne :

. ssp. (could be the same as a Malayan ssp or new) - Hala Bala Wildlife Sanctuary, S. Thailand 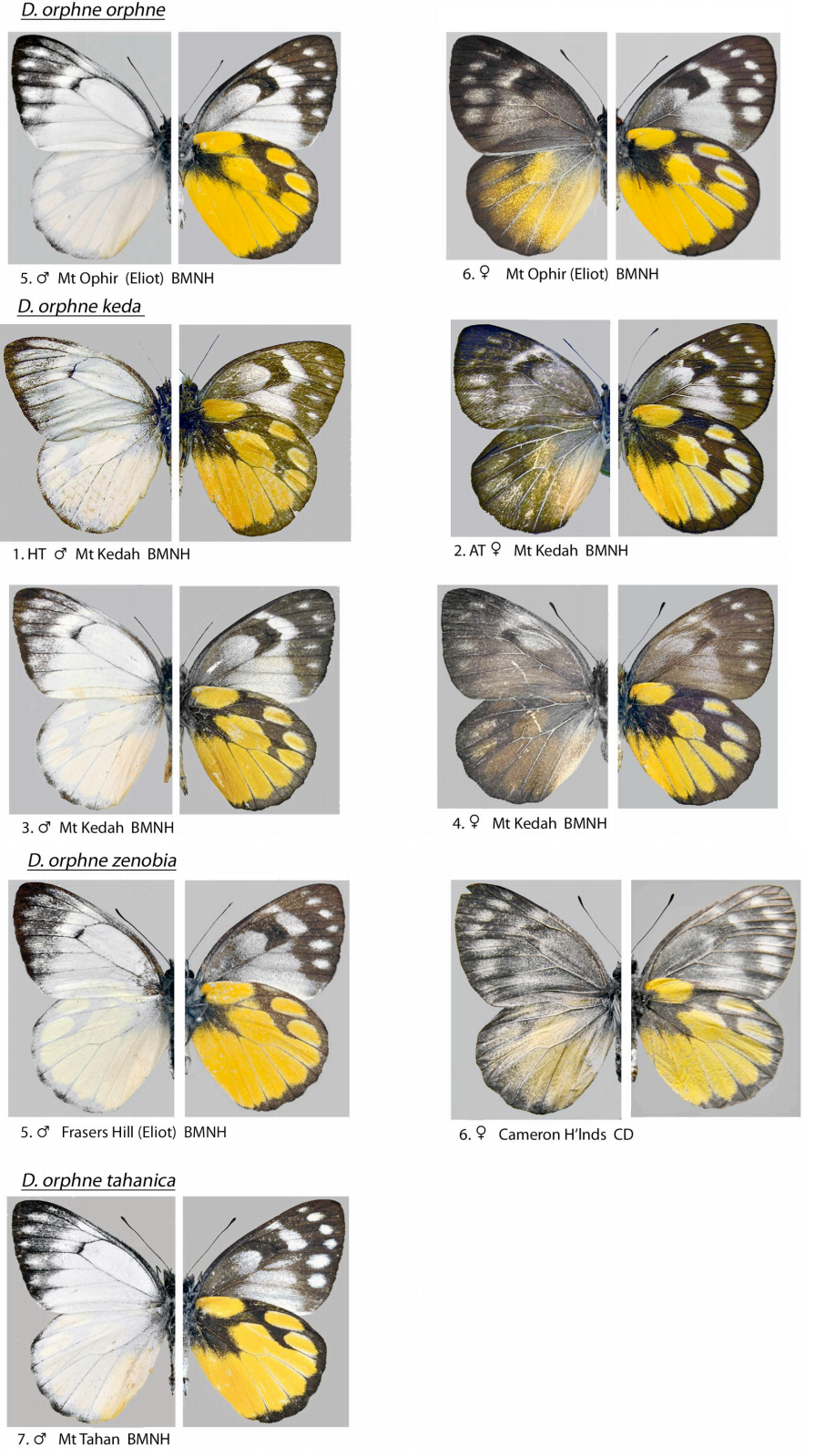 Another rare species, which, like D. schoenigi, is found in four quite separate mountainous regions.
It can be distinguished by the large amount of yellow on the underside hindwing, which is NOT separated by the veins being marked prominently in black (see D. ganymedes). The subspecies D. o. tahanica is considerably larger than the others, having a wingspan of c.70mm. However,  as far as I am aware, only one specimen is known, from the Waterstradt collection, now in the Museum Tring.

Subspecies orphne, tahanica and keda are extremely rare in collection. A single Thai specimen is known, the one pictured above. It has been seen in 2014 by Wachara Sanguansombat. A series should be studied to understand if it is a new subspecies or not.

Male: Upperside white. Fore wing with narrow black distal margin, broader at the apex and reaching to vein 2 or slightly below it. Apical area more or less dusted with black which does not reach the cell, and in darker specimens with three small subapical white spots; the veins distally black, also the discocellulars and upper margin of cell. Hind wing with slight black marginal dusting. Underside of fore wing with white proximal area invaded by blackish-brown on the discocellular where a broad bar if formed merged with the black-brown costa. Some black basal dusting. A broad blackish-brown distal border broadest from the costa to cellule 4, between which its edge is straight, excurved in cellule 3 and narrowing posteriously to the submedian. Three small subapical spots in 4,5,6 ,8 and two larger submarginal spots in 2 and 3, the one in 3 the larger. Hind wing with blackish-brown ground-colour and orange-yellow patches. an oblong basal costal patch reaching the cell; a large somewhat rounded discal patch occupying the outer half of cell and reaching slightly beyond it. A series of submarginal patches increasing in size posteriously; anterior spot in 7 small and indistinct, the ones in 6 and 5 somewhat ovate and separated, the one in 4 larger and pointed proximally, the ones in 3 and 2 longer and almost reaching the cell, these three only divided by the veins, the remaining patches merged together from the base of the inner margin to vein 2, and to the margin at the submedian. there is a small spot in the base of cellule 6. Fringes blackish-brown, marked with white between the veins, and white below vein 2 on the fore wing.

Female: (Original description as given by Moulton in Journ.Str.Br.Roy.Ass.Soc, No.63, 1914) "Upperside grey-fuscous. Fore wing with markings as in female cinerascens but much more darkly dusted with grey-fuscous. Hind wing entirely grey-fuscous, but lightly dusted with yellow scales, the median veins with white scales. Inner margin yellowish-white." "Underside as in the male figured by Wallace, Exp. al. 56mm"