Subspecies and range of Delias ganymedes : 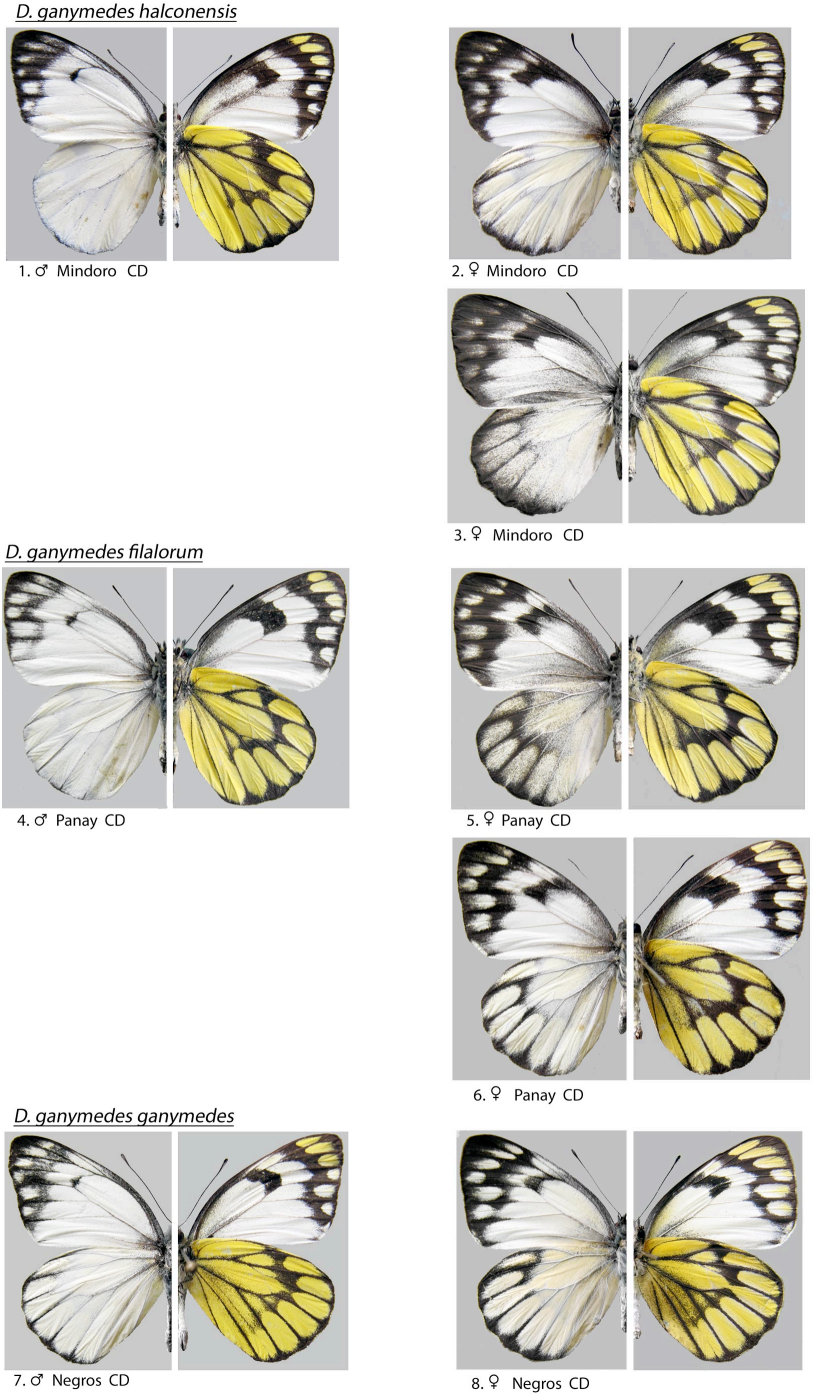 This is only a recently discovered species, whose range appears to be extremely limited on the three islands on which it has been found.
It is to be distinguished from the other members of the group by the considerable amount of yellow on the underside hindwing which also has the veins strongly marked out in black.