Subspecies and range of Delias cinerascens : 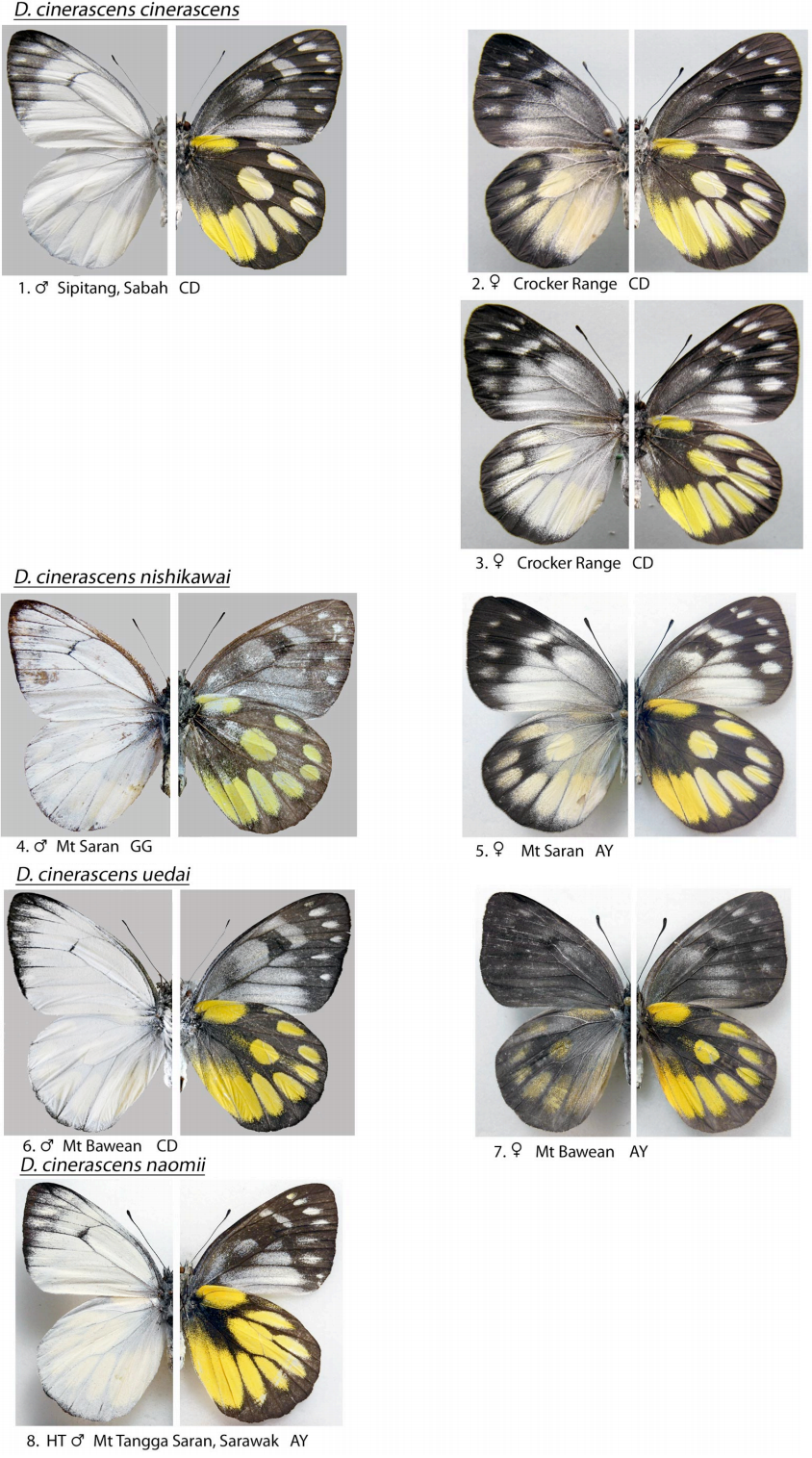 Similar in appearance to D. orphne, but with considerably enhanced black shading on the undersides of both wings.
The type subspecies is said to be quite common within its range, but the two recent discoveries appear to have a very restricted range.

Male: Upperside similar to orphne but dark distal area of fore wing usually more sharply defined, reaching to vein 2 or below this, and variable in width; submarginal white spots as in orphne but sometimes absent. Underside of fore wing marked as in orphne but proximal areas grey-white, the spot in 3 small or vestigial, the subcostal spots variable in size. Three subapical white spots as in orphne. submarginal spots in 2 and 3 much smaller than in orphne. Hind wing with pale yellow markings, smaller than in orphne, the posterior stripes shorter and marginal area broader.
Female: Upperside of fore wing with a white proximal area dusted with black, comprising two-thirds of costa, the cell, submedian area, half of cellule 2, base of cellule 3, and three small postcellular spots. Some indistinct small submarginal white spots. Underside of fore wing as in the male. Hind wing with the underside patches reproduced creamy-white. Basal area grey-white to the end of vein 7, end of cell, and from inner margin to vein 4 as far as the stripes.