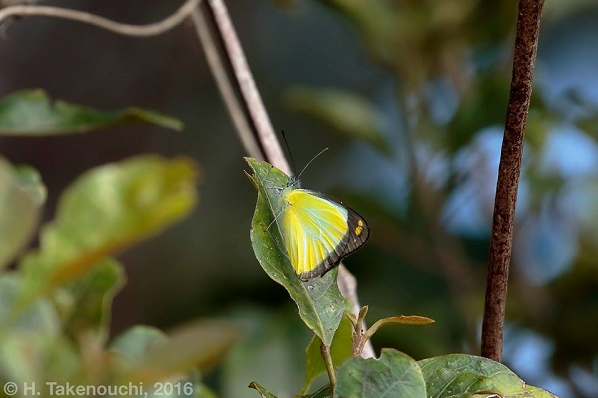 Subspecies and range of Delias mavroneria :

Very similar to Delias gabia, it was at one time considered to be a race of that species. However, it is to be distinguished by the absence of any orange suffusion or any submarginal spots on the underside hind wing.

Its range almost fits exactly with that of D.gabia.