Subspecies and range of Delias hyperapproximata : 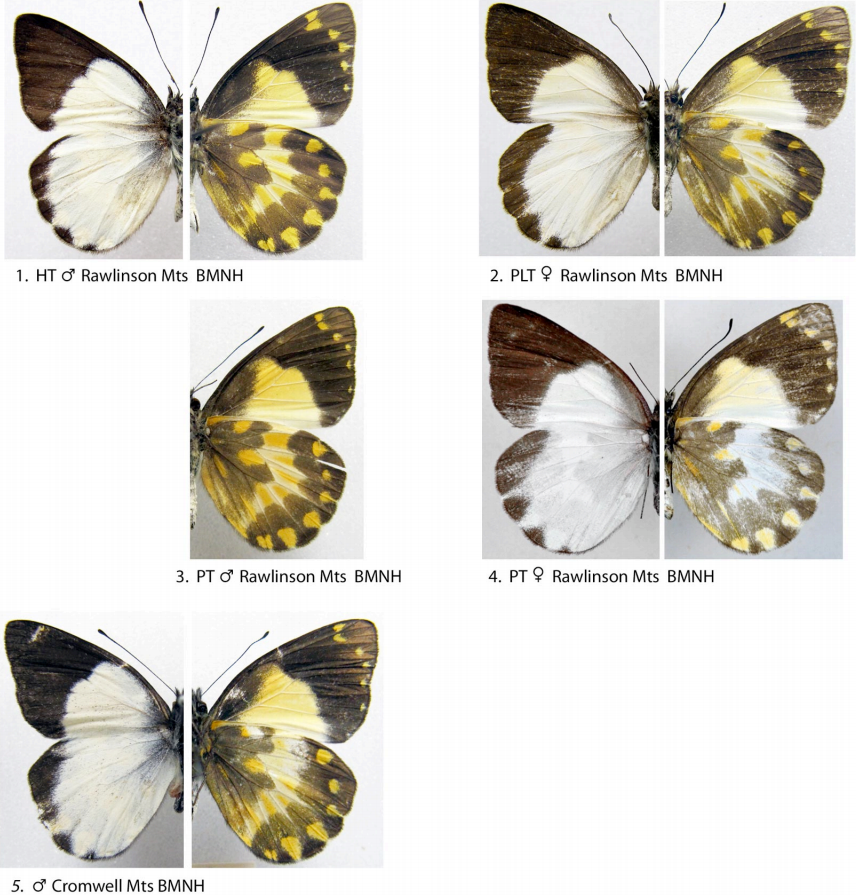 Originally described as a subspecies of D. pheres. Distinguished by the yellow proximal area of the fore wing below. Considered very rare in collections.

Original Description- Rothschild (Ann. Mag. Nat. Hist. (9) 15 - 1925) "Male and Female: Below differ at first sight from ph. pheres and ph. approximata having the basal pale area yellow, not white; on the hind wing the yellow patches are smaller, and the extreme forms of the female have a white disc without any yellow patches".