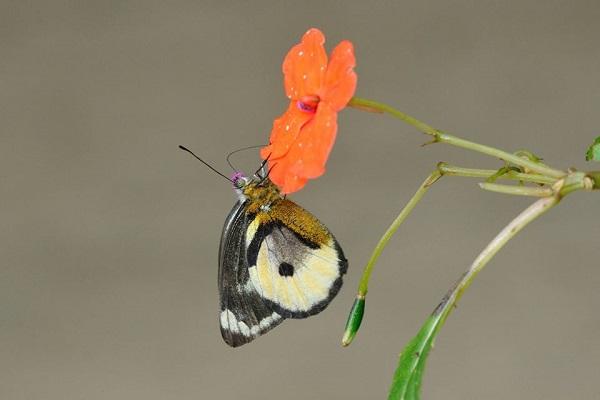 Subspecies and range of Delias elongatus :

This species is thought to be, perhaps, a transition to the albertisi group.

It differs from all other members of this group by having the upperside of the forewing black, with a row of white subapical and terminal spots.

The female form D.elongatus f.anggi has a creamish colouring on the hindwing, the normal colouring being white.

It used to be considered very rare, found in very few collections, but this species appears to be found more regularly nowadays.