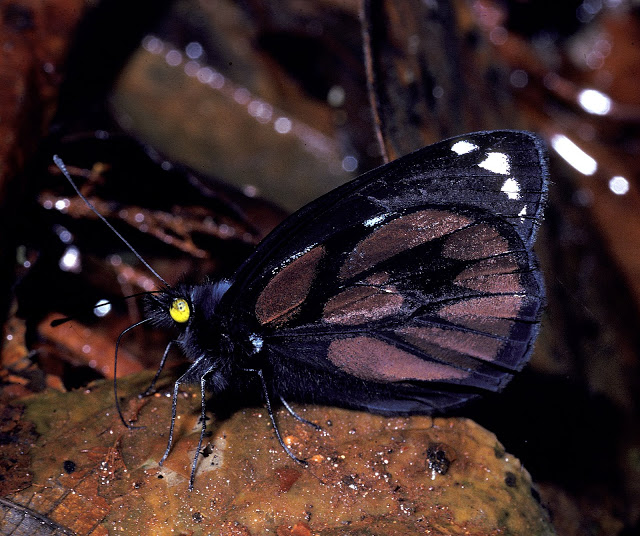 Subspecies and range of Delias nais 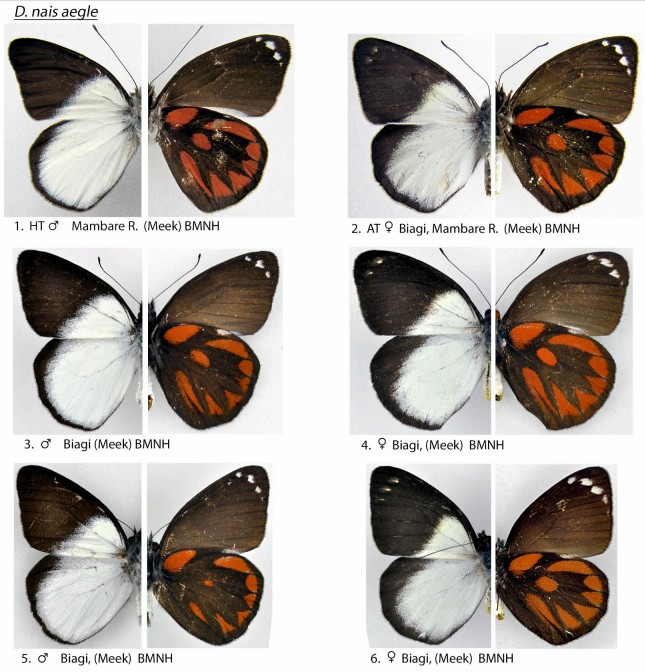 Delias nais and Delias zebra have been wrongly separated for many years. Henk van Mastrigt and Chris Davenport have writen an interesting article in SUGAPA Volume 6 (2), December 2011, in which they explain that zebra is a form of nais. They have also rationalised the number of subpecies.

Delias nais :
Male: Fore wing above with white area reaching at least the lower angle of cell and sometimes extended to beyond end of cell; it extends also to near the tornus. Hind wing with narrow black marginal border.

Underside of fore wing as in D. bornemanni, with three subapical white spots. Hind wing with chocolate-brown basal stripe only slightly extended into the cell, its outer edge reaching only the upper edge of cell. Chocolate-brown patches similar to bornemanni but considerable enlarged.

This form can easily be distinguished by the white vein markings on the underside hind wing, and also by the brighter brown marking on that wing than with the other members of the group. In Henk van Mastrigt collection, you can see all intermediary forms between classic zebra with a lot of white to Delias nais with very small white amount. 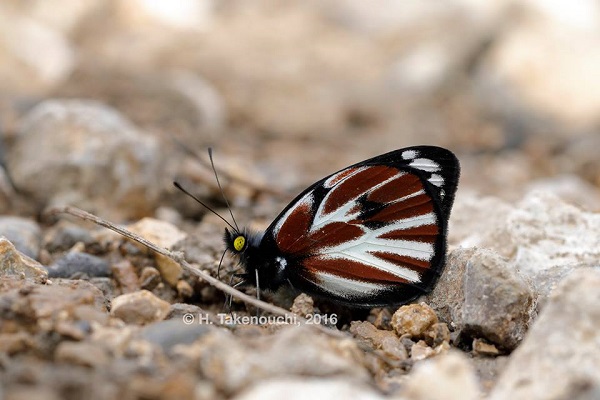