Subspecies and range of Delias kristianiae : 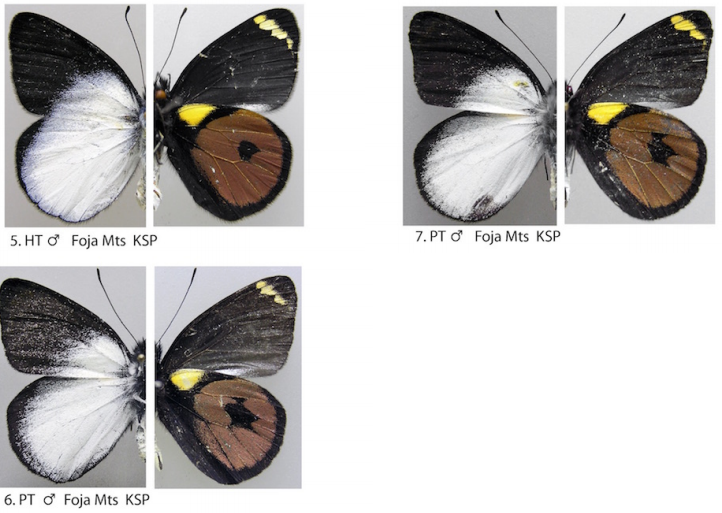 Extremely rare in collection as it flies in the isolated Foja Mountains of Papua.

A very similar species to D. pratti from the Arfak Mtns, but the differences and isolation from D .pratti are sufficient to permit the description of a new species. If, however, an intermediate specimen is found or new populations in, say, the van Rees or Gouttier Mountains, then we may have to reconsider.