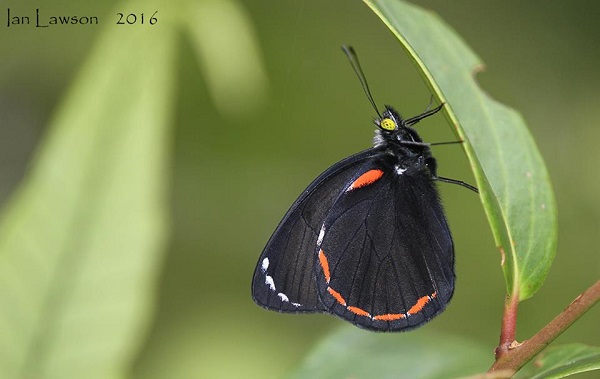 Subspecies and range of Delias caroli : 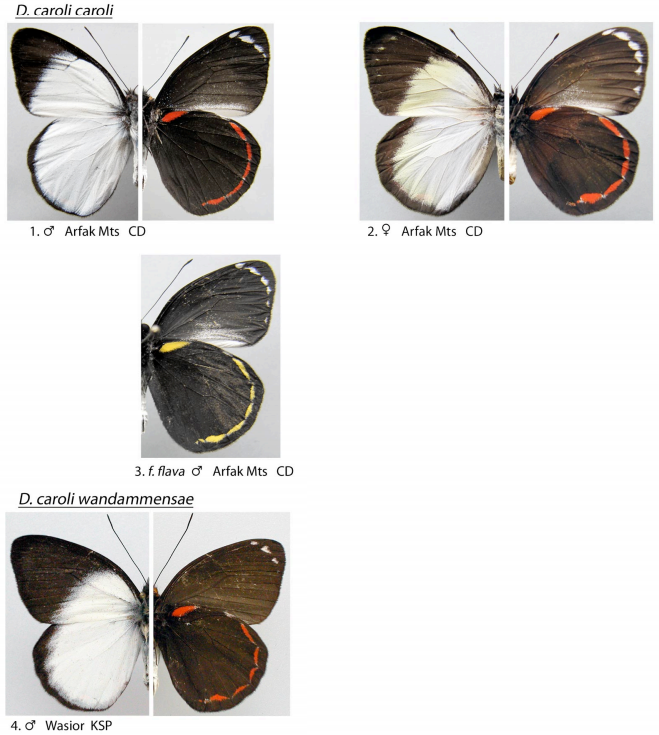 Fore wing below black with white inner margin as in D. pratti. A submarginal row of five sharply-defined small white spots in cellules 3-8, and sometimes also a spot in 2. Hind wing black. A heavy red submarginal line formed of five bars connected slightly at the veins by some white scaling; this line extends from vein 7 to just below the submedian, and is connected to the costa by a white bar. A short red basal stripe in cellule 7.

Female: Resembles the male. Fore wing above reduced white area which is usually yellow-tinged, especially distally. A submarginal row of five yellowish white dots. Hind wing with wider black border than in the male, the bluish-white area tinged with yellow distally. Underside as in the male.