Subspecies and range of Delias aurantiaca : 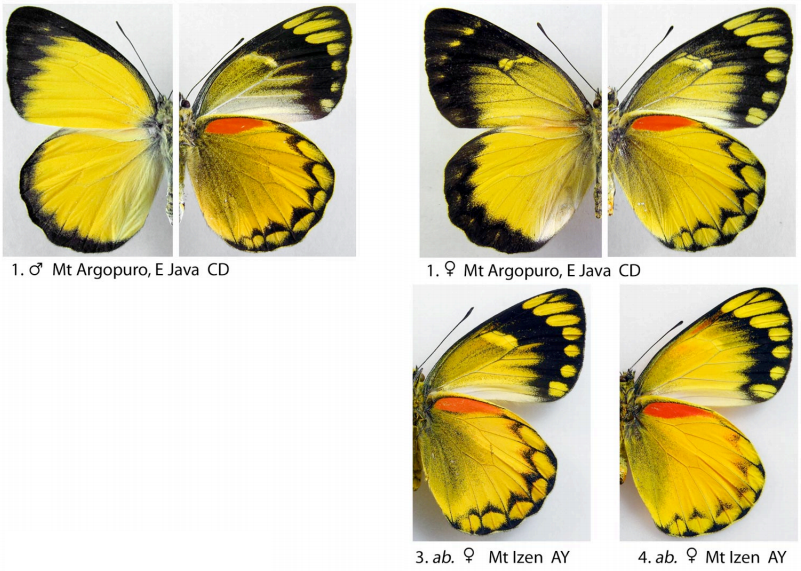 This species was originally placed by Talbot as a subspecies of Delias belisama.

It is a mountain species and is reasonably common over 2500 feet throughout it's range. It can be seen flying with Delias belisama where their ranges coincide.

The marginal spots on the underside fore wing can be variable in size, to almost non-existant.