Subspecies and range of Delias albertisi : 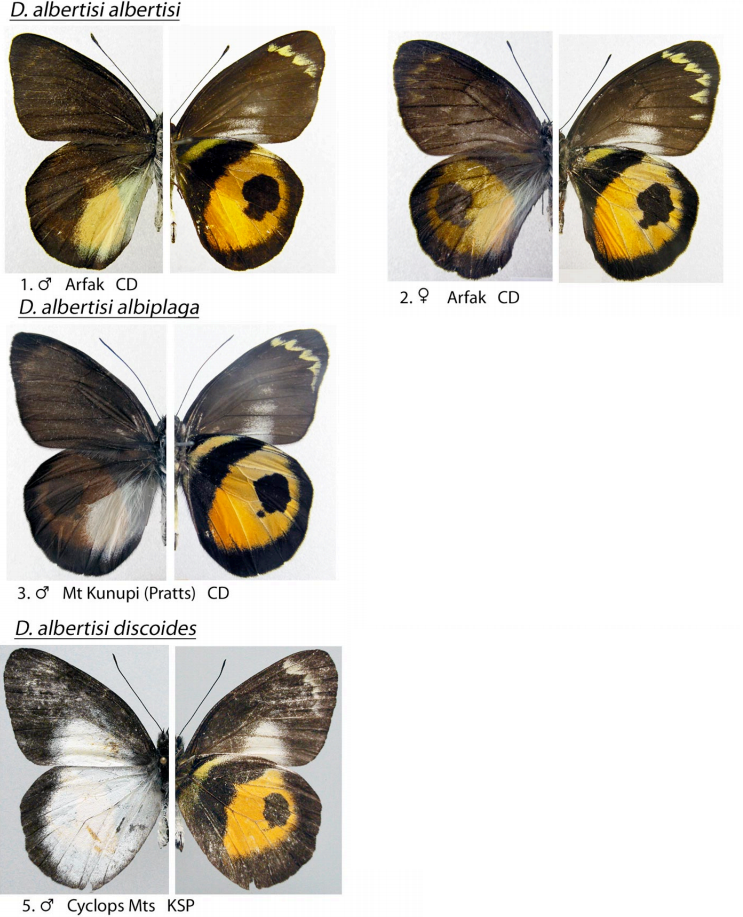 Easily distinguished by the yellow subbasal band on the underside of the hind wing.

None of the forms are very common. The subspecies D. a. albiplaga is distinguished by having the hindwing patch white instead of yellow.
The subspecies, D. a. discoides is often to be found listed as a subspecies of D. discus. Talbot, in his monograph places it here, and I can not find the reference moving to D. discus, and as such I have kept it here. There has also been confusion as to where it was found. Talbot mentions North Dutch New Guinea, and many people, included Les Day, concluded that he meant the Doberai Peninsular. However, Henk van Mastrigt has corrected him on this, advising that it is actually to be found around the Cyclop Mtns range near the Capital, Jayapura.