Subspecies and range of Delias tessei : 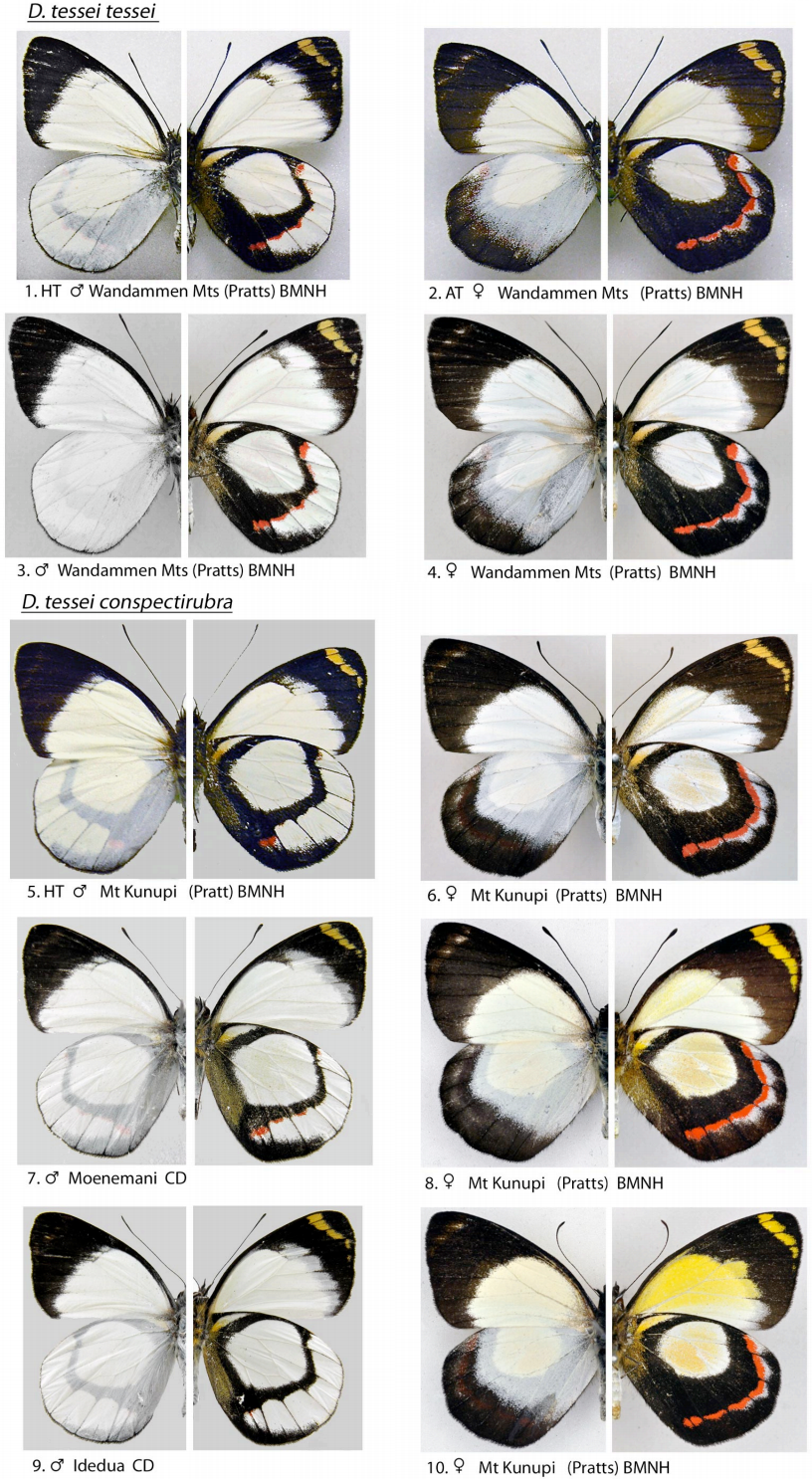 Very closely linked with Delias hapalina, and considered by some to be a subspecies. Males are rather common but there are few females in collection.
Subspecies D.t.conspectirubra is remarkable in that the female is so different from the male. The hindwing has a much broader black margin on both the upper and undersides, and the distal patch on the hindwing has a pale dusting of yellow.

There is considerable debate whether D. hapalina adnexa should really be included as a subspecies of D. tessei. I understand a paper is currently in preparation and I will wait until I have seen this before adding the ssp. D. t. adnexa to this page. Until then, please refer to the D. hapalina for this subspecies. the same would apply in respect of D. hapalina kerowagiensis.
Yagishita mentions a subspecies D.tessei mastrigti Yagishita,1993. However, at the same time as his book was being published, Delias virgo was being described. They are the same species, and as D.virgo was named first, it takes preference.

"Male: Upperside and fore wing with outer black area a little more extended than in hapalina, its inner edge not indented in cellule  4.

Underside: Fore wing with more extended apical black and reduced costal streak; yellow apical spots larger. Hind wing without yellow on the disc or with only a slight trace; basal streak yellow at base and white outwardly; subbasal black bar narrower; inner black margin extended to vein 2 and forming a short marginal border to middle of cellule 3; black discal line widened posteriorly from cellule 4, being widest where it joins the inner marginal black; the red distal border is not curved below vein 2, but invades the black to 1b; inner margin washed with yellow near the base only.