Subspecies and range of Delias isocharis :

Very similar to Delias ligata. However, it may be recognised by having, on the underside hindwing, the white area extended from the margin along the outer edge of the red submarginal line as far as its end on the submedian.
The male is not uncommon within its range.

This variety was originally named Delias paniaia Roepke 1955 or Delias strix Yagishita 1993. On this variety, the length of the white area outside the red submarginal line extends furthest. 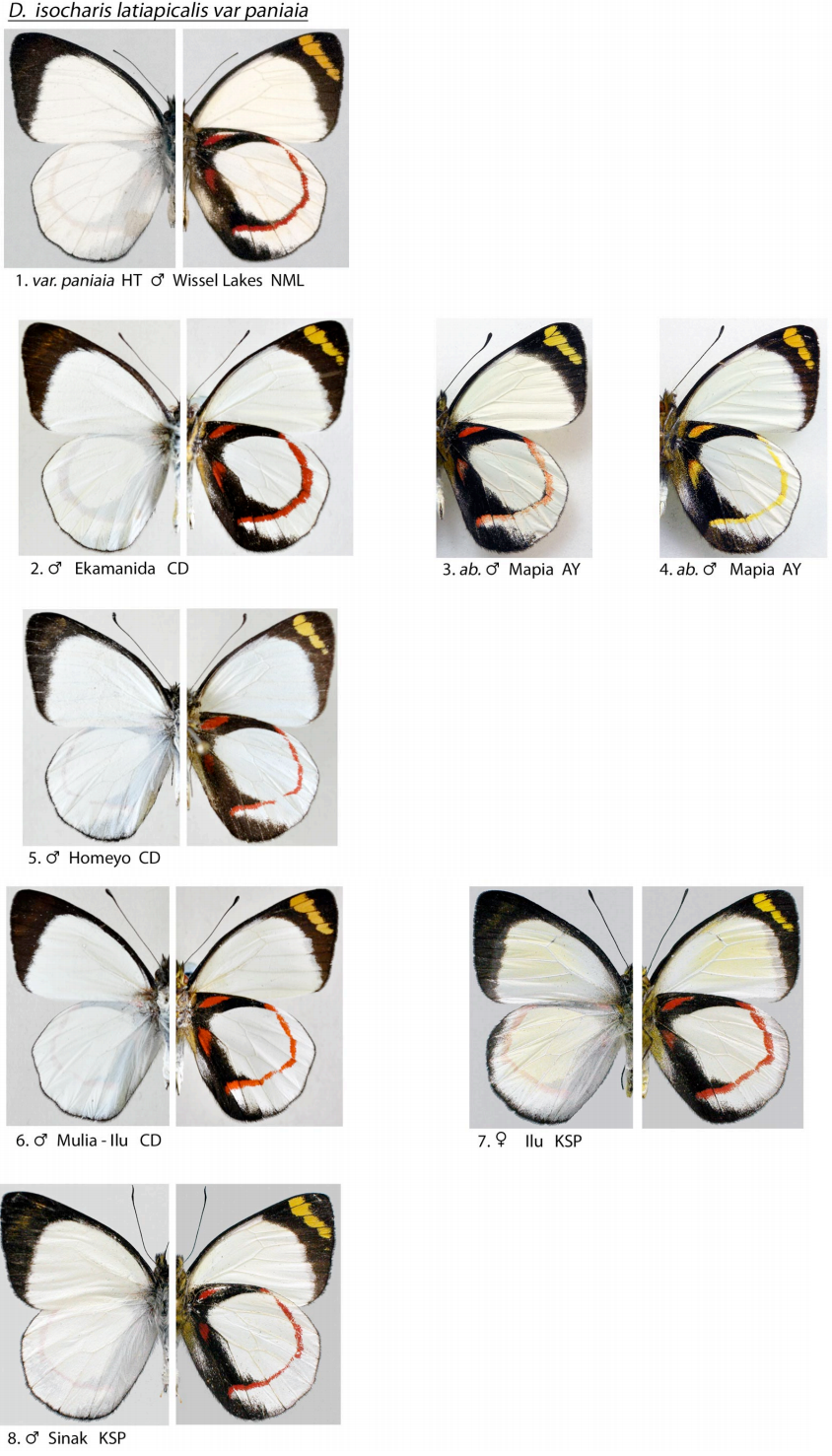