Subspecies and range of Delias bothwelli : 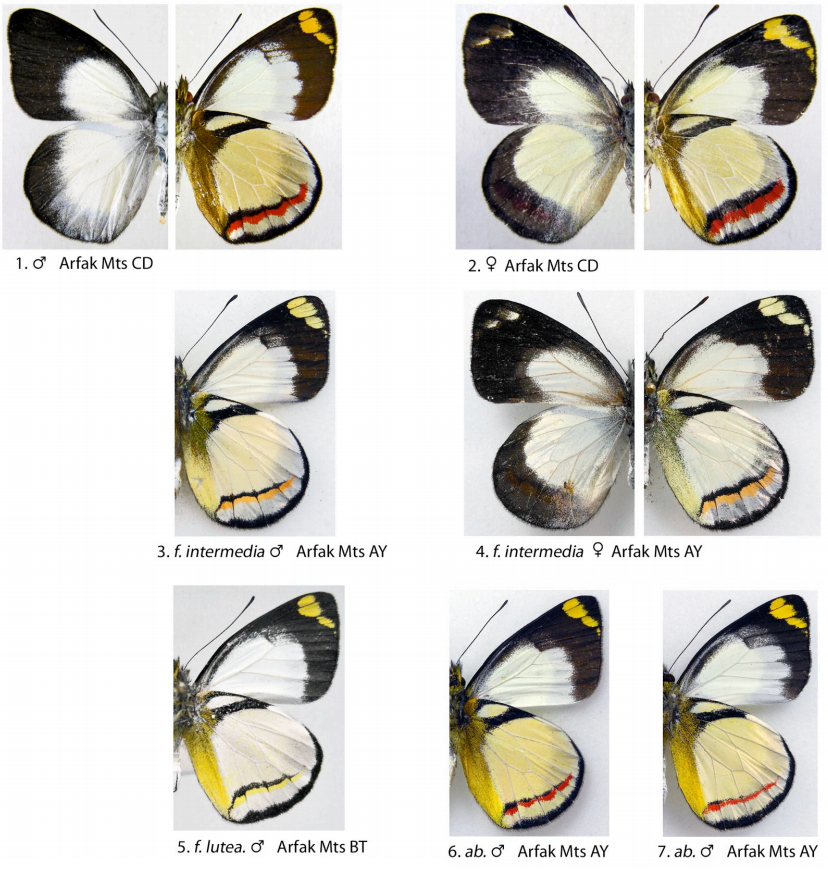 Similar to Delias dixeyi, but may be distinguished by the buff colour on the hind wing being extended over the entire wing, and also that the red submarginal line is heavier and shorter.

Male: Upperside of fore wing with still further reduced white area which does not extend beyond end of cell and sometimes scarcely above vein 3. Hind wing with black border as in D. dixeyi between cost and vein 3, not sharply defined but with bluish-grey proximal scaling, especially posteriorly. Underside of fore wing with white area sometimes reaching beyond the cell, a heavy black costal border, and yellow subapical spots as in dixeyi. Hind wing pale buff with the distal margin narrowly edged with black. Subbasal stripe bale buff, wider and longer than the red spot of dixeyi. Submarginal red line heavier than in dixeyi and strongly edged with black proximally, not extended above vein 5. This line is bordered distally by silvery-white. Inner margin to the first submedian deep yellow, likewise base of cell and costa.

Female: Upperside with much broader black areas. Fore wing with small and somewhat ovate creamy-white patch not reaching the base. Two white subapical dots. Hind wing border well defined from costa to vein 3, where it is 5mm. wide, and below this vein the border is grey and still wider. Underside as in the male except for extended black on the fore wing.

Forms : form lutea (submarginal line is yellow ) and form intermedia (orange) are not so common in collection.