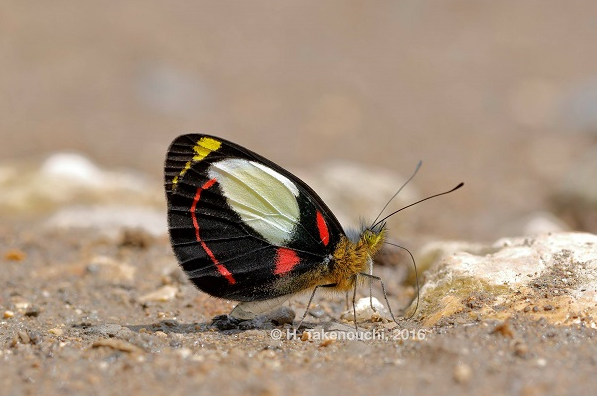 Subspecies and range of Delias alepa :

A small and very distinct species in the group, where the black area on the hindwing underside is increased in size, to leave an anterior patch more or less buff coloured.
In this species and also D.dixeyi and D. bothwelli, the red submarginal line of the hindwing does not reach the costa. There is an interesting aberration of D.a.orthobasis in which the red submarginal line becomes thicker, creating almost a band.