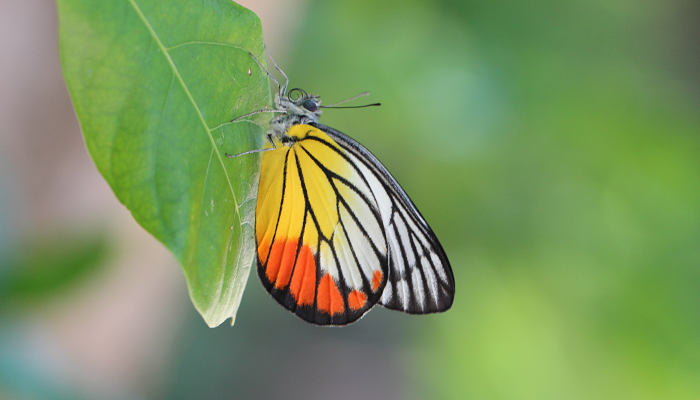 Subspecies and range of Delias hyparete : 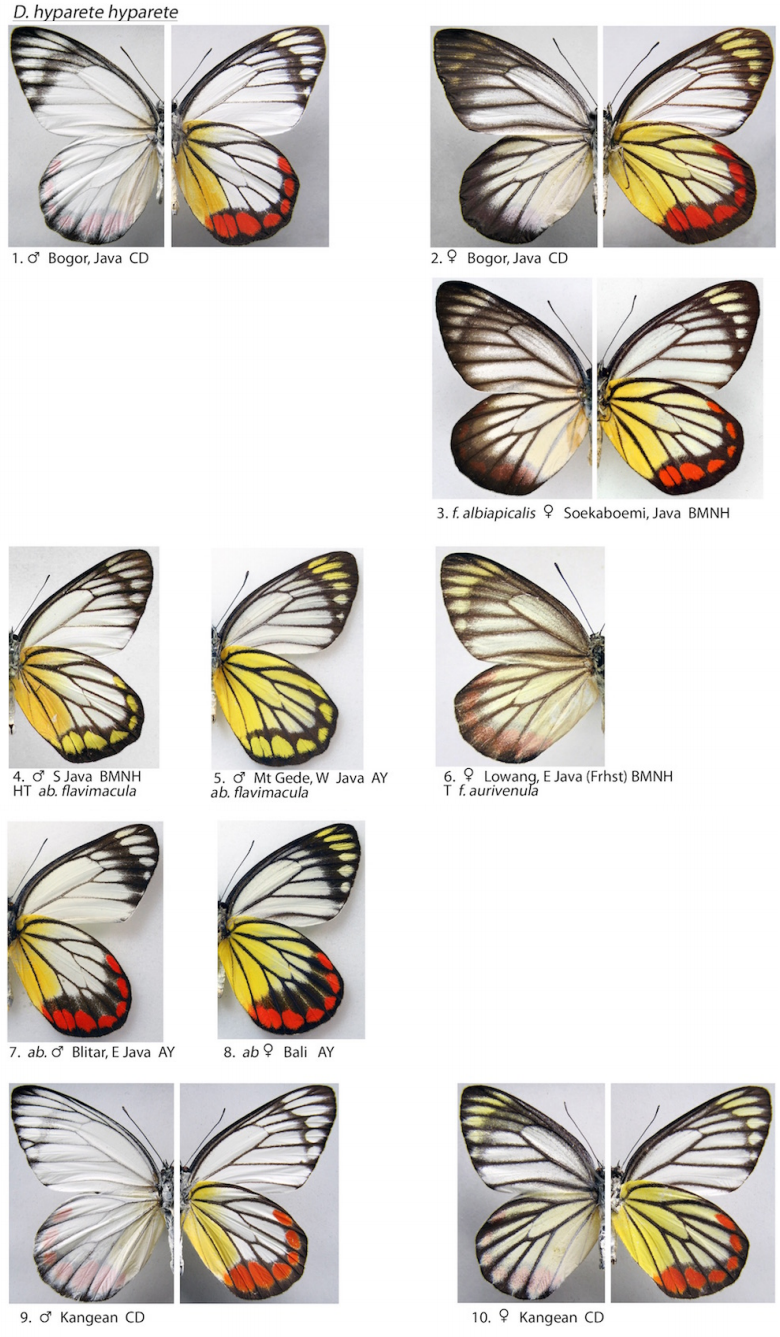 As there are dozens of Delias hyparete subspecies, they will be added later once the website new version is finished.

One of the best known and most diverse species of Delias. It has the largest distribution area and is common in most of its forms.
Although most forms have the red submarginal spots, though some, such as aurago and hypopelia have these replaced with yellow. The number of these spots also vary considerably. Also yellow forms of other subspecies have been found.

Delias hyparete caterpillars are gregarious and can be found on various host plants. When threatened by ants or other insects, they have the ability to throw themselves at the end of a silk thread. They move up the thread later once the threat has passed. This makes it possible to take "aerial" pictures of these caterpillars, as you can see below. 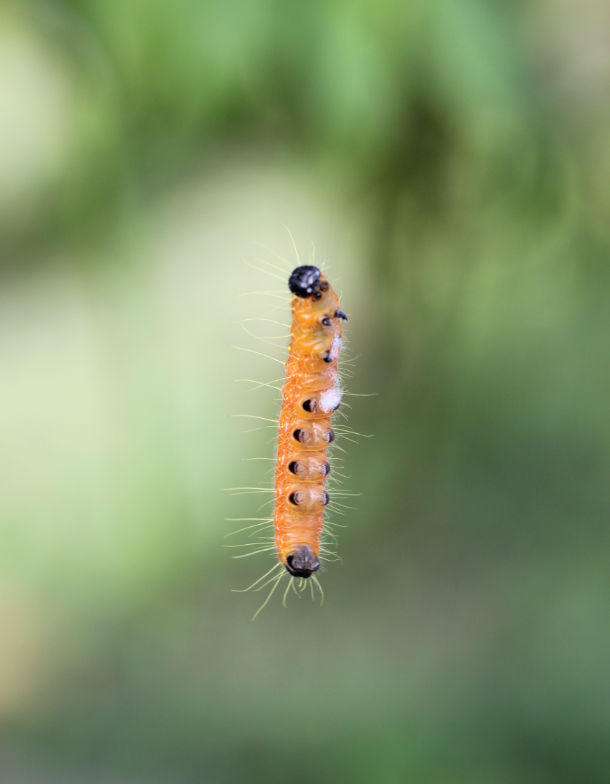