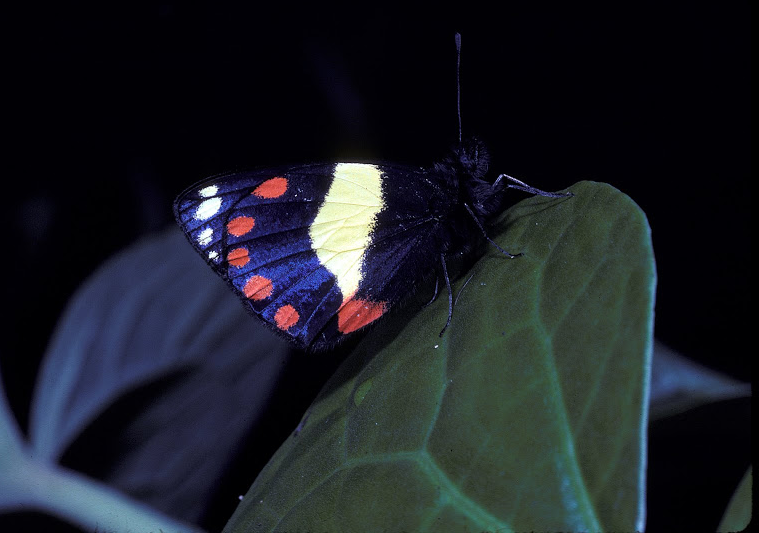 Subspecies and range of Delias sagessa : 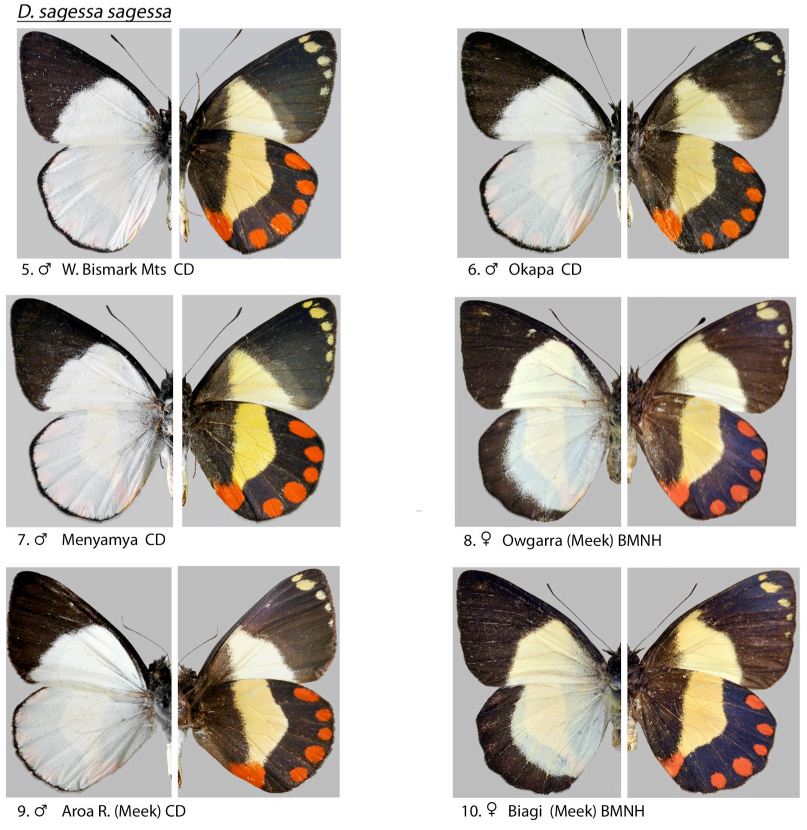 A beautiful species. Similar and closely related to D. abrophora which has a much reduced black submarginal band.
The photograph of D.s.straatmani shown is one obtained by Robert Gotts from Ray Straatman, after whom it was named. It is unlikely that such rare subspecies as this will ever reach dealers, and as such, are very rarely in the public view.

D. anjae and D. sinak were both originally placed as subspecies of D. sagessa. They have both recently been given specific status. I am not 100% convinced that this is correct, but in the absence of any reason to doubt the experts, will follow current opinion.

Female: Similar to the male; the black apical area of the fore wing, above, is wider, and the hind wing has a broad black distal border, which slightly widens costally. There are often white submarginal dots on both wings, those of the hind wing being slightly pinkish. The white area is feebly yellowish. The sexes are alike on the underside."