Subspecies and range of Delias abrophora : 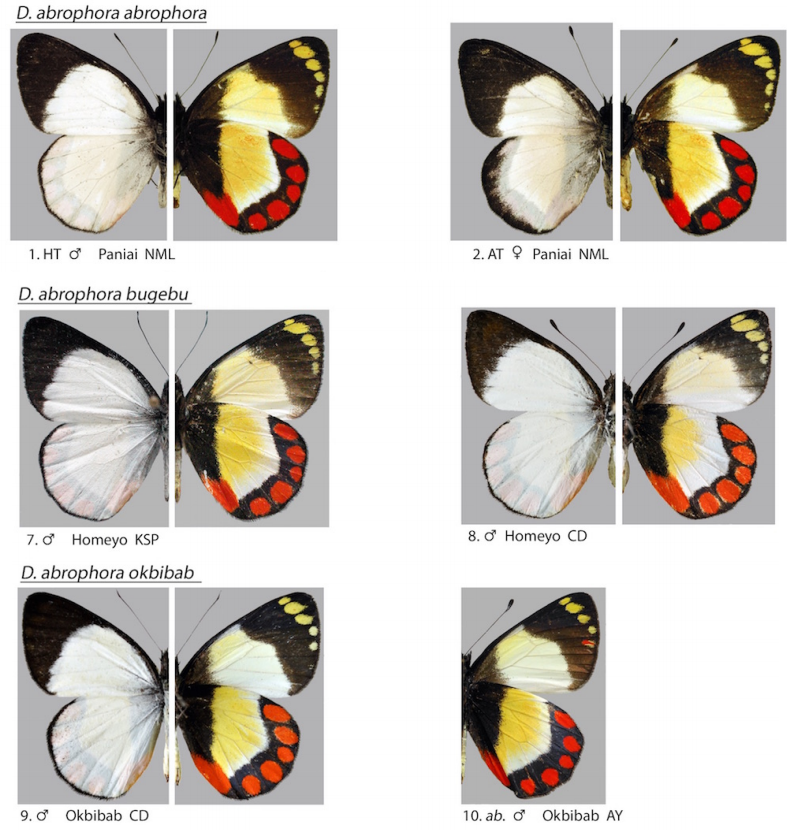 It differs from D.sagessa through the greatly reduced black markings on both wings, with the yellow/cream markings on the underside hindwing correspondingly enlarged, and also larger red spots.

The female of subspecies D.a.okbibab is currently unknown.