Subspecies and range of Delias georgina : 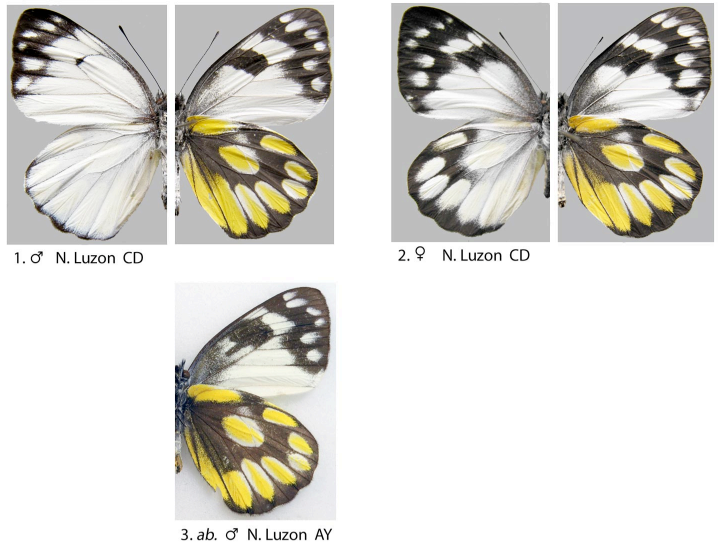 According to Talbot in his Monograph of the Pierine Genus Delias, the species D. orphne, D. cinerascens, D simanabum, and D. battana were all considered subspecies.

However, this group has undergone a fundamental review since then and they are all now considered to be separate species. I have not seen the paper explaining this change, but will proceed on that basis.

It is very similar to both D. schoenigi and D.cinerascens but can be distinguished by the much reduced black dusting on the underside of the forewing. The background colouring on the hindwing underside is also much lighter in colouration.

Male: Description not yet available.

Female: Upperside similar to cinerascens. Fore wing with more extended proximal white area only dusted with black at the base, the postcellular spots larger and the lower one joined to the spot in 3. Submarginal spots well marked, four are subapical, the others in 2 and 3 large with slight distal projection. Hindwing with more extended and lighter proximal area than in cinerascens. Underside of fore wing as above, the spots larger, especially the subapical ones, and the cell stripe shorter. Hind wing with coffee-brown ground-colour, markings as in cinerascens but chrome-yellow with white edging to most of the spots; the spots and stripes placed farther from the cell. the yellow on the inner margin extends to the base.