Subspecies and range of Delias chrysomelaena : 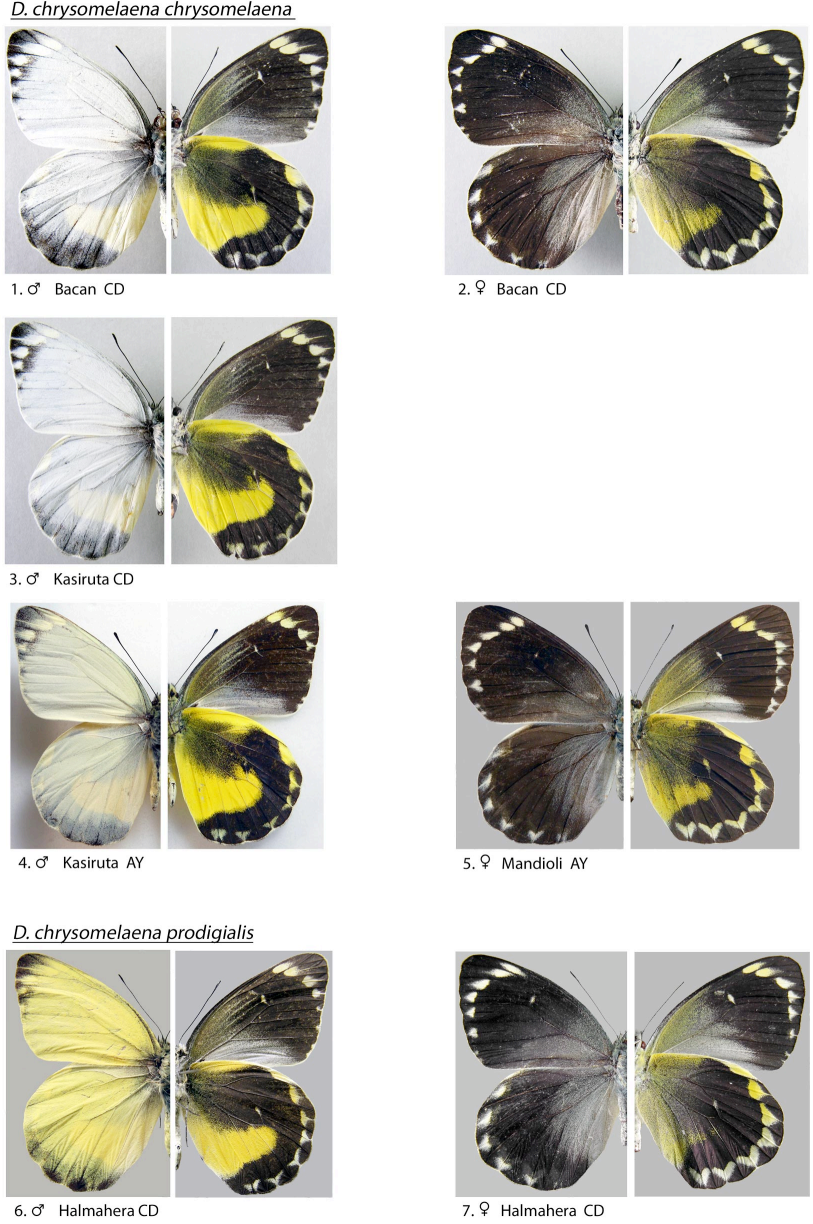 The largest member of the group, easily distinguishable by the yellow markings on the underside.

Underside fuscous-black. Fore wing with proximal half of cell tinged with yellow, the submedian area grey-white. A white discocellular spot. Three subapical spots as above, yellow or white, the two lower ones with distal prolongations. Four small white submarginal spots in 1b,2-4, each touching the margin by a distal prolongation. Hind wing with yellow costal margin. A large yellow median patch, broad on the inner margin and becoming narrower to vein 4, not entering the cell. Proximal area dusted with yellow. Six submarginal spots, the two anterior ones yellow, the others white, of triangular form with their apices touching the margin.

Fringe of both wings white.